When I was a senior in college, I had a short conversation with my father about what I would be doing next. His advice to me was find something obscure, something not too many people would want to do. That revealed all kinds of possibilities but not many I thought would sustain me. So I applied to graduate school in journalism, which was not exactly following my dad’s advice. It was the year after “All the President’s Men,” and every English and political science major in the country was thinking of becoming a reporter. Nevertheless, for better or worse, it put me on the road to where I am today.

From 2004 to 2015, I ran communications teams at three colleges and universities. At Princeton University, where I was employed more than five years, I was the senior associate dean for strategic communications. In this role, I marketed the university to prospective students, their families and high school counselors.

I was associate vice president and chief spokesperson at Susquehanna University, and also the director of public affairs at the Reconstructionist Rabbinical College. Reconstructionism is an obscure branch of Judaism — not something that has anything to do with the period after the American Civil War — so in this regard I guess I was following my dad’s career advice.

Before my move to higher education, I ran a communications consulting business in Swarthmore, Pa., where I offered a range of services to clients for 13 years, including strategic communications planning, branding, qualitative research and crisis communications. I wrote magazine articles, op-eds, annual reports, newsletters, white papers and other products.

My writing chops were honed during my 15 years as a daily newspaper reporter, primarily in Boston as a statehouse reporter and later as a correspondent in Washington, D.C.

Today, I do most of my work, and play, from the Delaware shore. If the wind’s blowing, you will find me sailing, windsurfing or, if I’m feeling suicidal, kitesurfing. When the wind’s not blowing, I’m usually on my road bike. Speaking of suicidal, most years I do a century bike ride for the National MS Society.

I’m a political junkie, read lots of history and nonfiction, and am a jazz aficionado. So that I can converse with my wife, I also read fiction. In the time remaining, I drum reasonably well and play a vibraphone reasonably unwell. 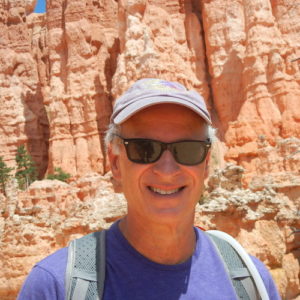 Favorite Movie Line
“Forget it Jake, it’s Chinatown.” (from the movie of the same name) 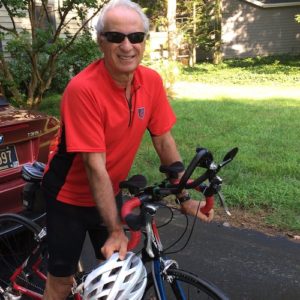